In the 1950s, the writer Arthur Koestler (1905 –1983) campaigned for the abolition of capital punishment, especially through a series of articles in The Observer newspaper and the book Reflections on Hanging (1956). Once it became clear that the campaign was successful (hanging was finally abolished in 1965), he turned his attention to ‘an imaginative and exciting way to stimulate as far as possible, and in as many cases as possible, the mind and spirit of the prisoner.’

Arthur Koestler decided to set up an annual scheme to award ‘creative work in the fields of literature, the arts or sciences by those physically confined’. There was almost no precedent for work by prisoners being judged and rewarded by prominent experts from outside the prison system, but the idea was welcomed by Home Secretary RA Butler. A steering committee was set up, chaired by Koestler’s literary agent AD Peters, and including the editor of The Observer David Astor. Koestler was reluctant to have the scheme named after him, but the committee insisted.

When the first round of Koestler Awards took place in 1962, there were about 200 entries and the best visual winners were exhibited in the gallery at Foyle’s Bookshop. Koestler Exhibitions have continued since then and now include shows around the UK.

Setting up the Koestler Awards

The scheme expanded rapidly. Koestler initially paid for the prize money himself, but more funding was soon needed from other sources, and in 1969 the awards were formalised into a charitable trust. When Koestler died, he left £10,000 to the charity.

Koestler Arts exists thanks to voluntary donations from businesses, trusts and foundations, individuals and gifts in wills. Find out more about supporting our work.

Celebrating 60 years of the Koestler Awards

2022 marks 60 years of encouraging prisoners, secure patients and detainees to participate in the arts. To mark the special occasion, we’re delighted that this year guest curator Ai Weiwei will be selecting the featured work for our 2022 Southbank Exhibition, which we’re very excited about! We look forward to celebrating this anniversary with all our Friends and supporters throughout the year.

On 1 May 2019 the Koestler Trust adopted a new working name, Koestler Arts, and a new strapline: ‘Unlock the talent inside’. We launched a new logo and branding designed by Playne Design. The charity’s registered name remains ‘the Koestler Trust’. 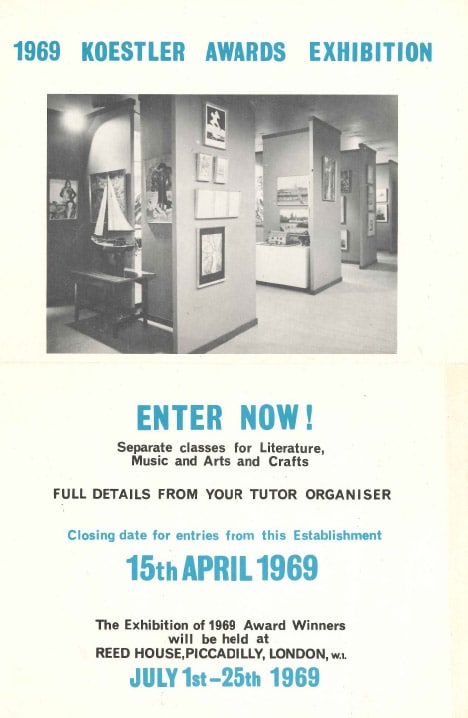 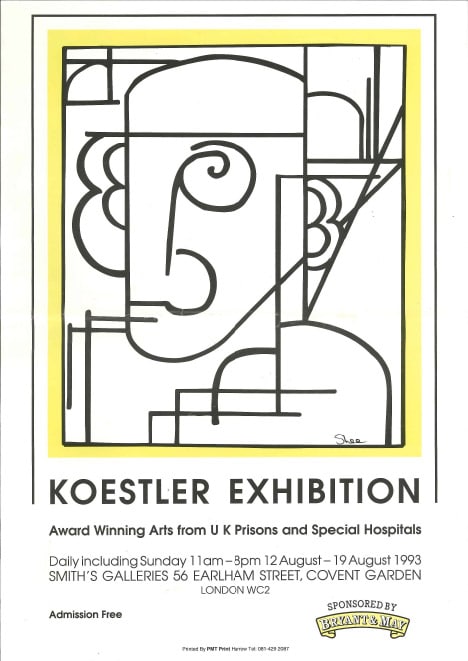