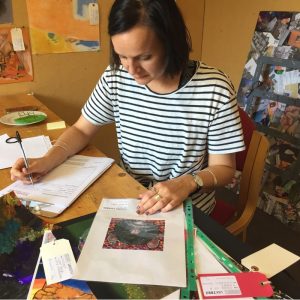 As our largest visual arts category, the judging of the Koestler Awards painting entries is no mean feat. With four judges and six members of staff and volunteers, we aimed to ensure that each one of the hundreds of entries received attention and the opportunity to succeed. On the judging panel were artists Charlotte Johnston, Chila Kumari Burman and Lee Edwards, as well as Art Manager at The House of St Barnabas, Ki Yoong. Our 2nd guest blog is brought to you by Koestler volunteer Julia, who helped make sure the day ran smoothly.

Painting is a massive category. When you see it all laid out, there’s just so much for each person to get through. We had it spread across two rooms and the hallway as well. It was interesting shadowing the judges as they flicked through the work in the initial stages, trying to see what each judge was looking for, and the differences between them all. They each came with their own idea of what stood out to them, and it was a very diverse pool of artworks to chose from. 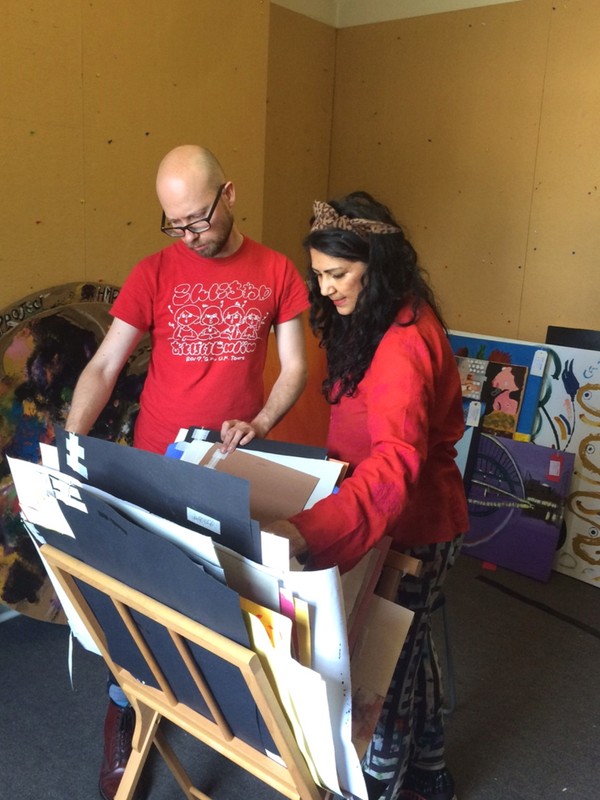 It was a rigorous process, which happened in two stages – unlike the smaller artwork categories where they can look at everything once, and with more time.

Each of the judges was given an hour to look through everything in the painting category. They each did that simultaneously, so they kind of spread out and started working through the rooms, going with their instincts. If a work spoke to them for any reason, they pulled it out.

It was quite a slow start. They were quite picky at the beginning, because they knew that they had so much to look at and they didn’t necessarily want to take the first things they saw. But everybody went back round to where they’d started from, and then started including a lot more things. They were then given a break and some time to be away from the artwork to clear their heads!

We then reconvened in a room with the judges sat 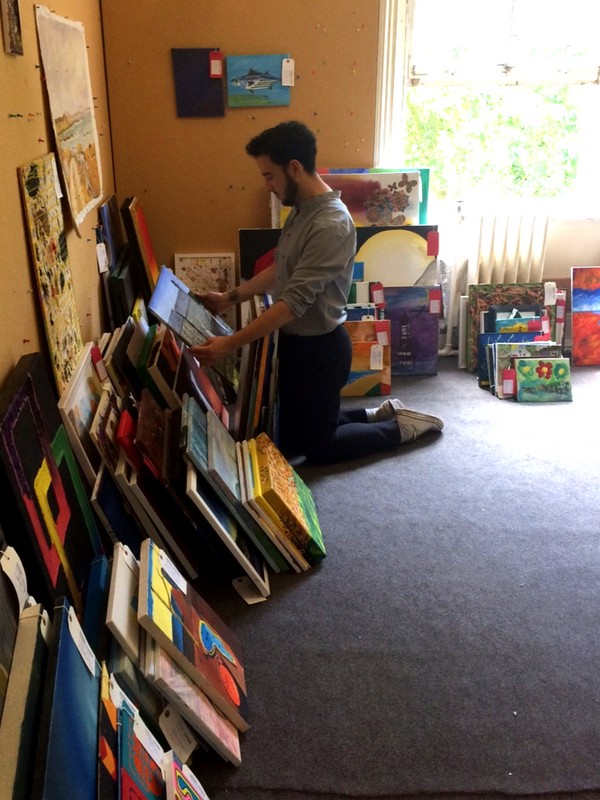 around a large table. One by one, Koestler staff and volunteers brought the long-listed artworks into the room, for them to go through to the next round of judging.

A judge might have picked a work that the others had not seen, so it created quite an interesting conversation where people said things like ‘who picked that?’ or ‘I bet you picked that!’ or ‘if I had seen that I would have chosen that one as well!’. The judges bid on pieces to a certain extent – deciding which awards they would like to give, or disagreeing with each other and saying, ‘I don’t think that’s a high enough prize – I want to give it a higher prize’.

At the beginning of the process I was handling works, moving them in and out of the space so that the judges could see more clearly which artworks were yet to be looked at. I then spent the rest of the day scribing the judges’ feedback for the entrants. There were sometimes real differences in opinion between the judges and we tried to capture all of that to give a fair reflection of what was being said. 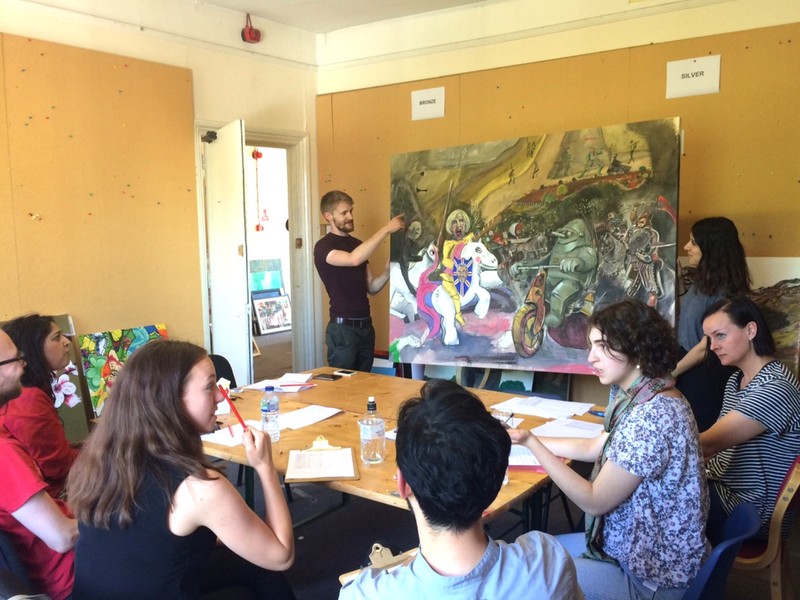 There was a real sense of anticipation about what was going to come next, which I felt as I was scribing. All the artworks were now outside the room, and you were suddenly only seeing things one by one. There was a definite sense of ‘what’s going to come next?’ And it was just pot luck as to what it was; the things that came in and out were in no order. You’d go from a ginormous thing with nine canvases that were meant to attach to each other, to really tiny pieces.

The feeling in the room really changed depending on the artwork. Some things were quite provocative. If one judge couldn’t fathom how or why somebody had come to chose something, that was quite interesting as well. Each person lookrf at the work differently, and it was great to see judges who had clearly not allowed themselves to be wowed only by purely technical skills, and had clearly spent some time considering the titles in relation to the artworks and trying to piece together what the story might be.

It was a really thorough and fair process. All different types of painting, different scales and levels of technical skill were credited equally. There wasn’t a style or particular piece that would win an award – it was extremely diverse. After spending a whole day in the process, you would think that people would start leaning towards certain things, but it remained really widespread, and a faithful reflection of the entries into the category as a whole.

Would you like to become a Koestler volunteer? Find out more > here.