Connecting the Dots with Reggie Yates 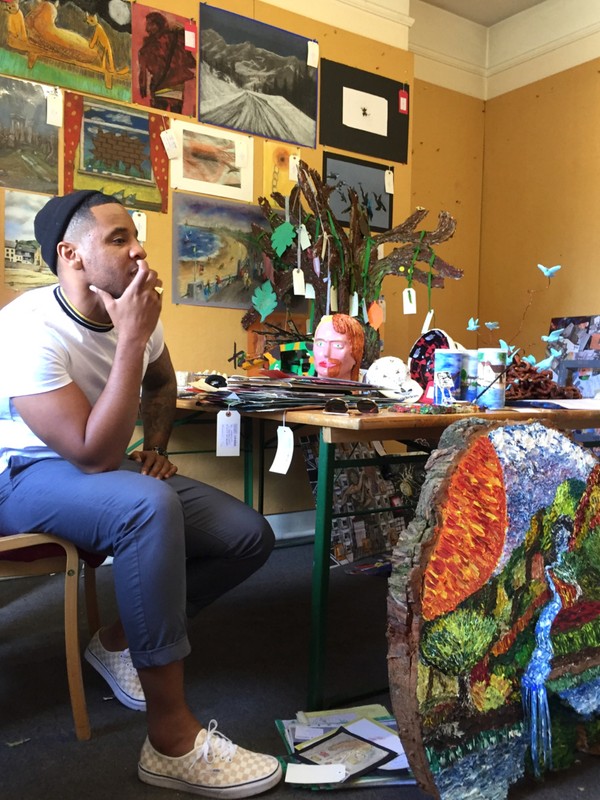 As a British broadcaster, writer and director, Reggie Yates is well known for his entertainment presenting, as well as his BBC documentaries including the award-winning Extreme series in Russia, South Africa, the UK and Australia. For his series The Insider, Reggie spent time inside some of the world’s most brutal institutions, including a Texan jail and an Iraqi migrant camp. Less well known, however, is his passion for the arts, and his astute eye for photography.

As a judge for our themed category this year, Reggie had the opportunity to bring together many of his interests, as he considered the various creative responses to the category’s theme of ‘Connections’. He tells us more below…

How have you found the judging process so far?

I’m enjoying it! I sort of smashed through seven or eight pieces at the beginning because they really spoke to my own personal tastes.

But in getting past my own personal taste and starting to look a bit deeper, some really interesting pieces have come out. For instance that quite abstract face – the more I look at it, the more interesting it becomes. It’s quite dark and it’s not as on the nose.

My personal taste is that I struggle with anything that’s obvious. I can’t bear any form of art that’s just super on the nose. I can’t watch soaps, I can’t deal with pop music. I like things that have some subtext to them, and there are quite a few pieces that are like that, but in exploring a little more I’m starting to find more pieces that have so much more to them and so many more layers. 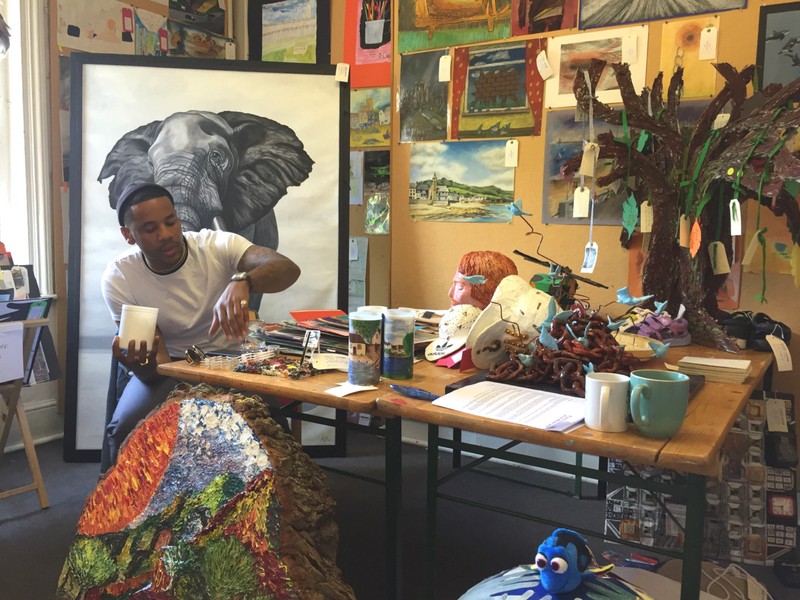 There’s a piece with little postcards and little notes hanging off it that feels just like a meditation on the word connections itself. There’s everything in it, from how something like Brexit connects us all, right through to someone in World War One, and that is something essentially that we are all connected to as Brits. Yeah, there are some really interesting pieces.

You’ve spoken about some pieces that spoke to you. Was there anything that shocked you or made you laugh?

There’s a white canvas with the word connections on it, and it’s got this long written piece on it. It’s really dark and really exposing, and it basically feels like a suicide note. It’s talking about the things he got wrong and how much remorse he feels for his behaviour, and also how much forgiveness he wants and needs for the things that he’s done. He goes on to talk about how he’s connected to his victims and the people he’s hurt, and that he loves. And it’s just a dark and heart-breaking piece… Because what’s there, it achieves everything that I love about art – all kinds of art from fine art to film-making. It actually makes you feel something, and I felt myself being affected by it. And it’s just words on a canvas, but that’s good art.

It’s quite a varied category. Is there anything in terms of style or any other way, that you’d like to see more or less of?

I think more revealing written pieces. That connections piece I just spoke about, the canvas, was amazing because I feel I know a lot about his inner workings, and I’ve never met him. And that would be really interesting, because these are people who’ve had experiences a million miles away from my own. Probably some a lot closer to my own than I would realise, and it would be lovely to be able to see a little bit of their stories in the pieces, so I know a little bit more about the artists. 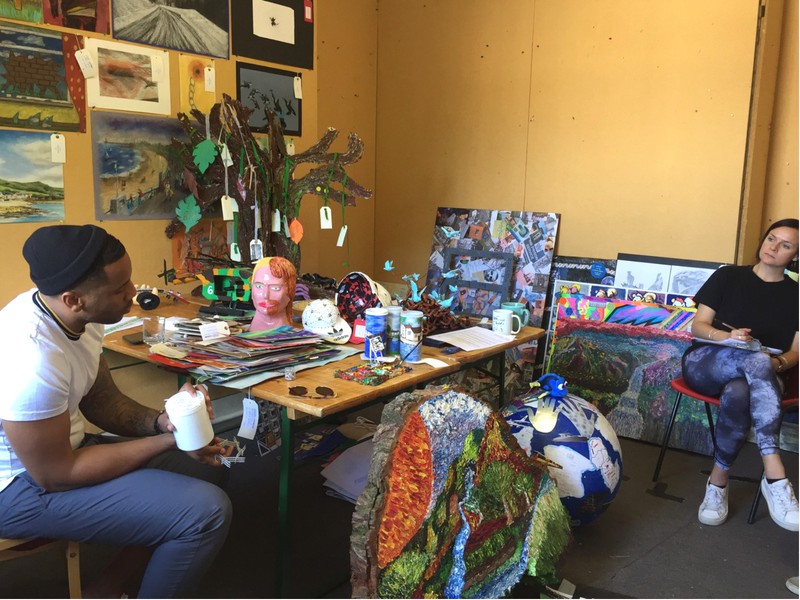 I think that some people have looked at the theme ‘connections’ and found a way to create something that they like the idea of creating as opposed to asking how does the theme speak to me. And some of the better pieces, I think, you see a personal connection to what it is that they’ve said, or what it is they’re trying to achieve, or you can assume – you can’t know for sure. But in some cases, you see, ok that is what you’re trying to say, that speaks to the theme of connections. Which I like, because it speaks to who they are or their experience.

The best art for me personally is something that translates a thought or an experience of the artist. And not all the pieces do that, but the pieces that do, do it so well.

Relating back to the work you’ve done in prisons and your documentaries, have you experienced any arts or education in the places you’ve worked?

Unfortunately, the time I’ve spent behind bars as a guard and as an inmate, for my documentaries, was in the States, not in the UK. The prisons are privatised and it’s a very different thing over there in terms of what is actually given to inmates. The short answer is not a lot.

So no, I’ve not experienced it before, so 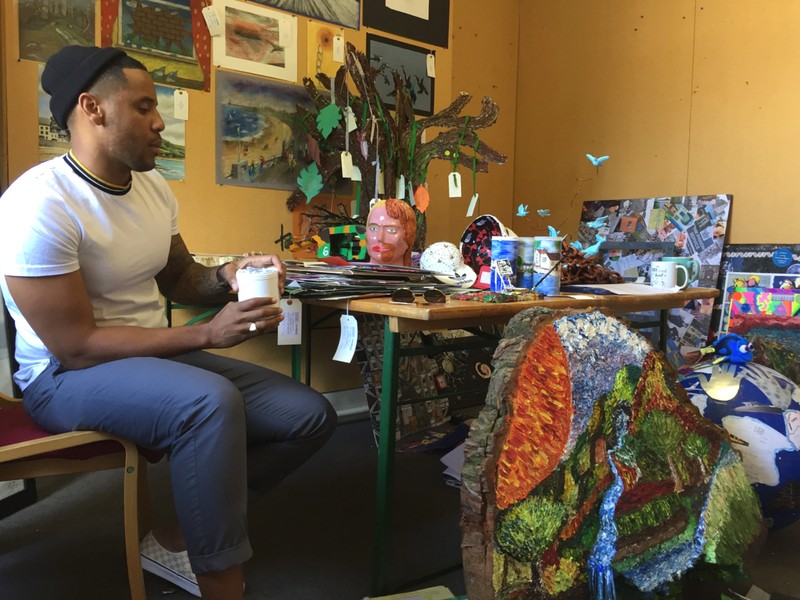 to see some of these programmes which are clearly providing amazing equipment and I imagine an incredible respite and probably a more rehabilitative environment, I think it’s incredible. Because you don’t really think about that. As someone who’s never been to a British jail, never been arrested or anything before, the assumption is that there isn’t much effort made to rehabilitate inmates. So when you see some of this, you think maybe there is, depending on where you look.