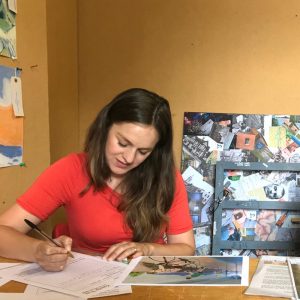 The Writing on the Walls

As curator at Art on the Underground, London Underground’s contemporary art programme, Jessica Vaughan is no stranger to large-scale works requiring team effort and imagination. She joined us to judge our Murals and Wall Hangings category at a time when her team are embarking on a murals related project in Brixton. She told us about the overlapping themes that link all murals together, and what she took away from the process.

How are you finding the process as a first-time Koestler judge?

It’s a really interesting process. I’m kind of amazed by the level of commitment and detail. Obviously, they’re very varied, so it’s interesting to see that there’s such a positive impact of art in prisons. Regardless of the level of skill, or even commitment, it seems that all of these works have an element of some kind of transformative power to the people that are doing it. So it’s really interesting doing it, and it’s very different to my day job. I’m enjoying it!

Have any of the pieces stood out for you? 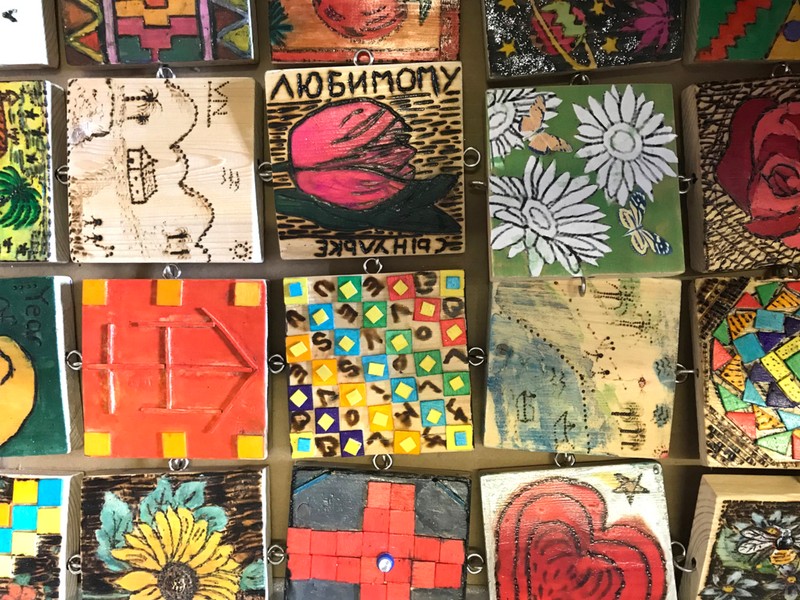 You mentioned the work you’re doing in Brixton, and how it relates, could you tell us a bit more about it?

The programme that will launch this September is taking the Brixton murals as an initial starting point, so looking at what murals mean in this kind of social context. The murals that we are looking at were created in the 80s and were funded by the Greater London Council. It’s really clear that people commemorate what’s important to a locality in murals. 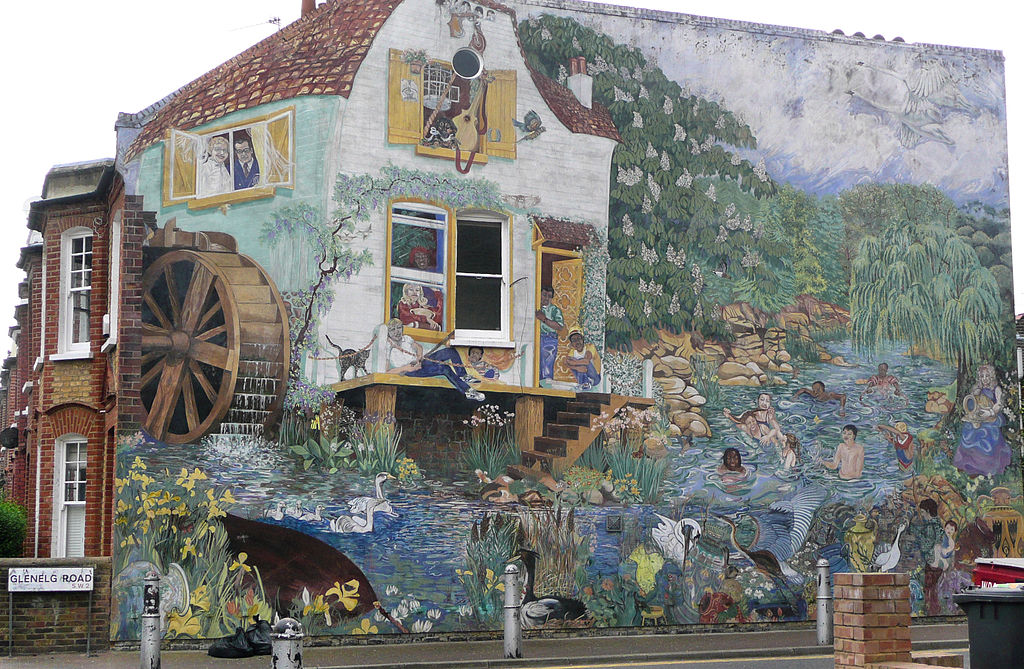 I can see that in a lot of the works here. You can really tell where those works are rooted, and what those individual communities are going through. Sometimes they can be really political, and really social, and sometimes they can be very personal. They’re elevating what people are thinking about every day, these quite monumental pieces of work. Those are kind of themes we’re looking at in Brixton, and I think it definitely resonates in the work that I’m seeing today.

What do you think makes a good mural?

They are often collective works – so I’m not so interested in the actual physical skill, but maybe more about how these ideas come together, and how you can chart that progress through ideas that commemorate certain things within the community. What symbolism is being used, what layout, the colours, some of these amazing texts. Some of the messages are very direct, so you can really root it in a place or a time. It’s hard to say what makes a good mural though. I think there are definitely some interesting examples today in Brixton. I quite like the more political ones, where the message is quite clear. And I think we’re seeing quite a few of those today as well.

Are there any themes or styles of working that you would encourage entrants of this category to do more?

One of the works I’ve been most impressed with, is a collective work. They’re banners that were used to celebrate 100 years since women first got the right to vote. They’re material pieces which is really interesting, and the only one I’ve seen. I think it works really well and would encourage more textiles. The category is Murals and Wall Hangings, so maybe more crossovers, and people thinking more expansively about what a mural could be. It doesn’t have to be something directly on a wall, it could be something that hangs.

As a curator, what advice would you give to our entrants who are pursuing this artform? 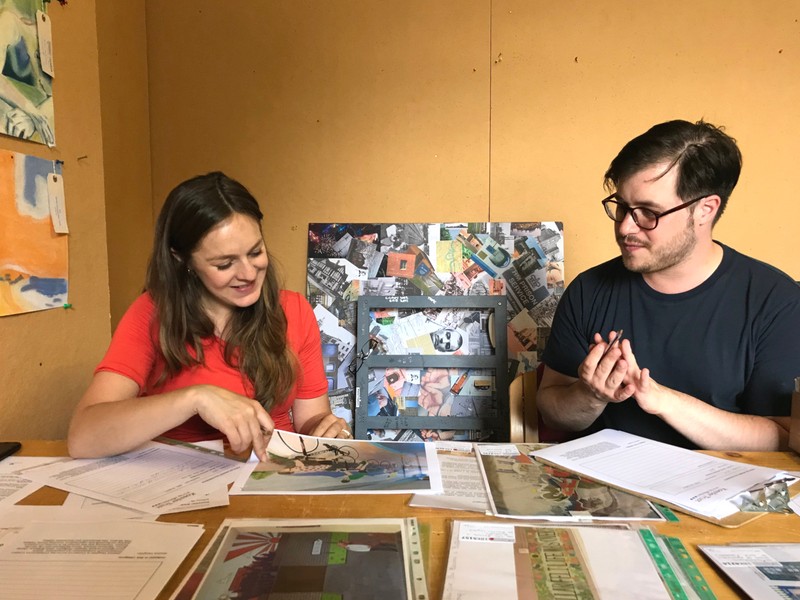 When you are able to, going to see as much as you can is a really positive thing. Also, using the library, if you have that available to you, seeing what other people have done before. Murals have such an amazing socio-political history. There’s the Mexican Muralist movement, there are murals in Ireland… I think sourcing inspiration from all over the world is a really good thing to do.

I would definitely say all good artists research and borrow ideas, and they appropriate styles. That’s not a bad thing, that’s a really good thing! That can help you define your own style when you know what else is out there.

Also talking with the other people you’re making the work with. Mural making is often very collective, so you can really learn things from other people, and hone it into your own style.