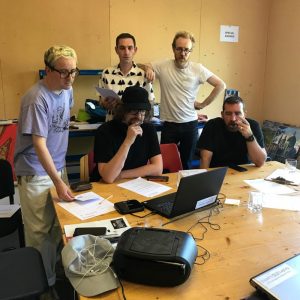 A party vibe descended on Koestler House for a few hours this week, as Computer Generated Music judges, Hot Chip, played the music entries through our mini boom box speakers. The Grammy and Mercury Prize nominated band were able to give top tier feedback to entrants, and they remarked that some of the tracks would go down very well in their own DJ sets. The whole band was in house: Alexis Taylor, Joe Goddard, Owen Clarke, Felix Martin and Al Doyle told us more about what it takes to stand out in this category, and in the genre as a whole.

How does judging the 2018 Koestler Awards compare to previous years?

Al: I’ve been enjoying it very much, we haven’t had quite as many as previous years. There’s been quite a lot of multiple entries which is very good because you get to see a breadth of work form a person which is exciting. It’s been really exciting to hear some stuff that’s been very original.

Has anything really stood out for you, shocked you or made you laugh?

Joe: One track in particular had a very minimal and interesting beat, and one of the entrants was giving a monologue about his life over the top of it. It was very real, and also had an amazing philosophical point to it. We were just saying that you can really imagine playing it in the middle of a DJ set, one of the sets that we play, and people really responding to it. It was really honest, and you get to hear a view point that you would never usually hear in most commercial music. So, it was really interesting, and really good. That led us to thinking that we wanted to make it known to a wider audience.

Alexis: Definitely. In this category it’s quite nice when somebody stands out, lets you see their character and personality. Although it’s maybe not fair, because a lot of it is instrumental, it’s harder to hear a unique kind of voice, but we’re hearing that in some of the instrumental music.

Is there anything you’d like to hear more of in this category? 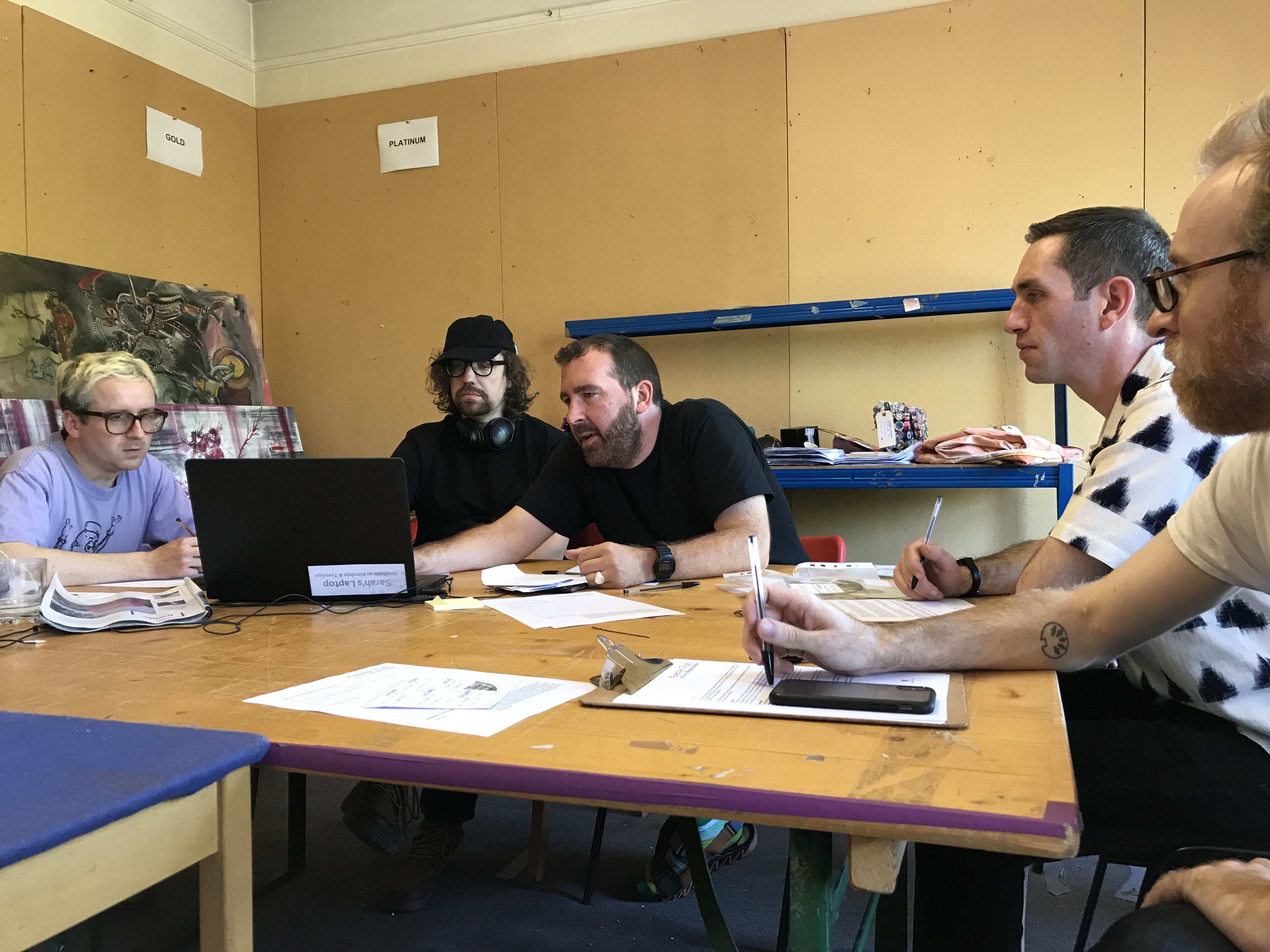 Alexis: Some of the producers sound like they’ve made things that are calling out for a vocalist. But maybe they don’t have somebody that they can work with, or maybe they’re not vocalists themselves.

Joe: Yes, for instance, a lot of people making trap music right now, because that’s quite a popular style in the UK and the states, and some of those tracks have been great. But they really shine when there’s an MC on them, because the music is quite minimal. If there was a way for prisoners to collaborate more with other people from their institution, it would be really amazing.

Al: We don’t actually know too much about the sessions and how it all works in the institution- it would be very interesting for us to find out more about that, because that might help us to colour our idea of what was really achieved in the session, how long things take, and that kind of thing.

Joe: We generally award points and kudos to people who are able to make competent examples of a house track, or a trance track or whatever. But we definitely veer towards the things that are more inventive in their sounds or rhythms.

What inspires you to return as judges for this category? 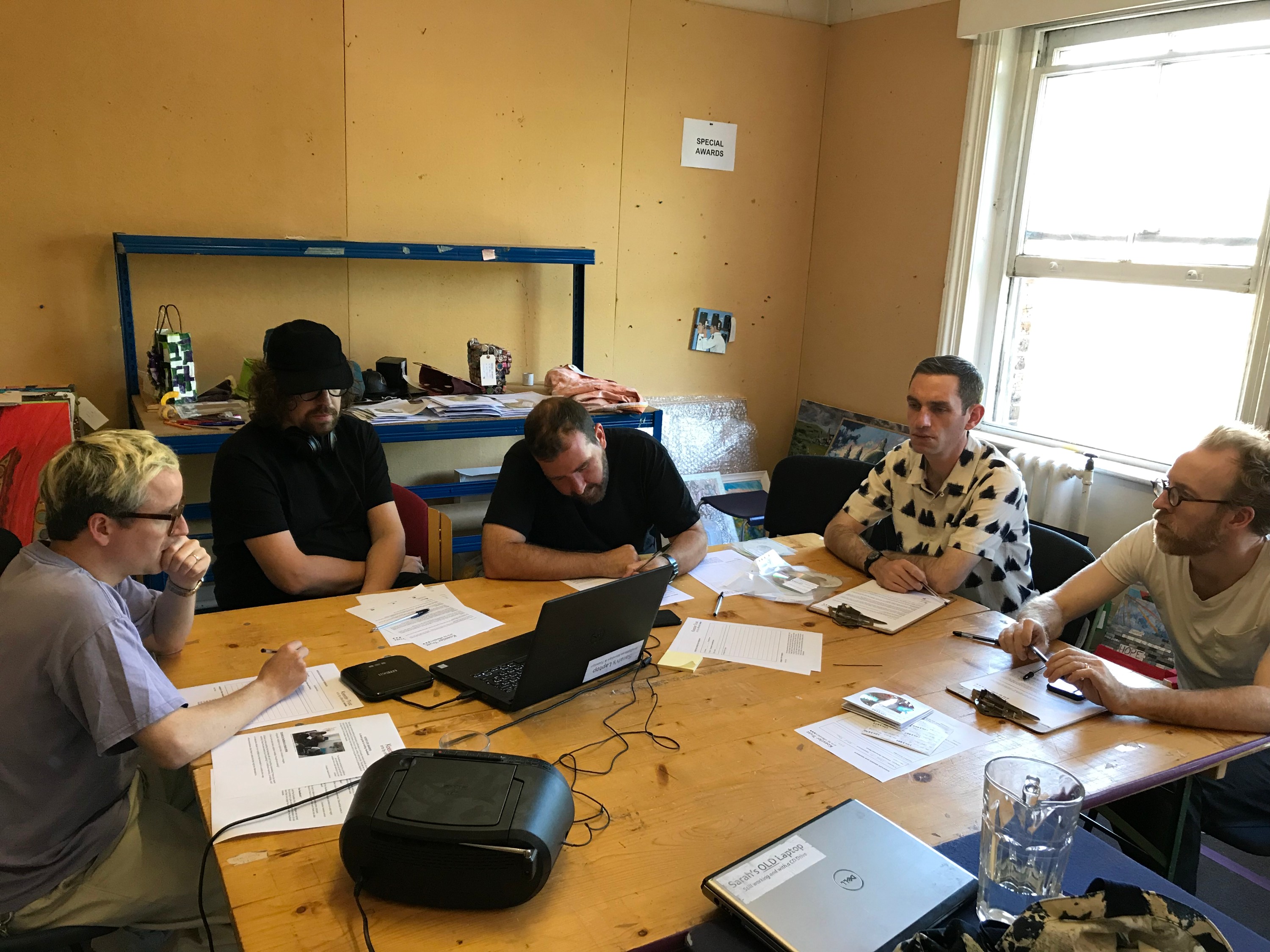 Alexis: There isn’t another context where you hear this selection of genres of music, even within the computer-generated field. So, it’s refreshing for us to hear it.

Al: It clearly has a tremendous value in terms of rehabilitation and restoring self-esteem, and all the kinds of things that you need to re-enter society as a functioning member of that society.